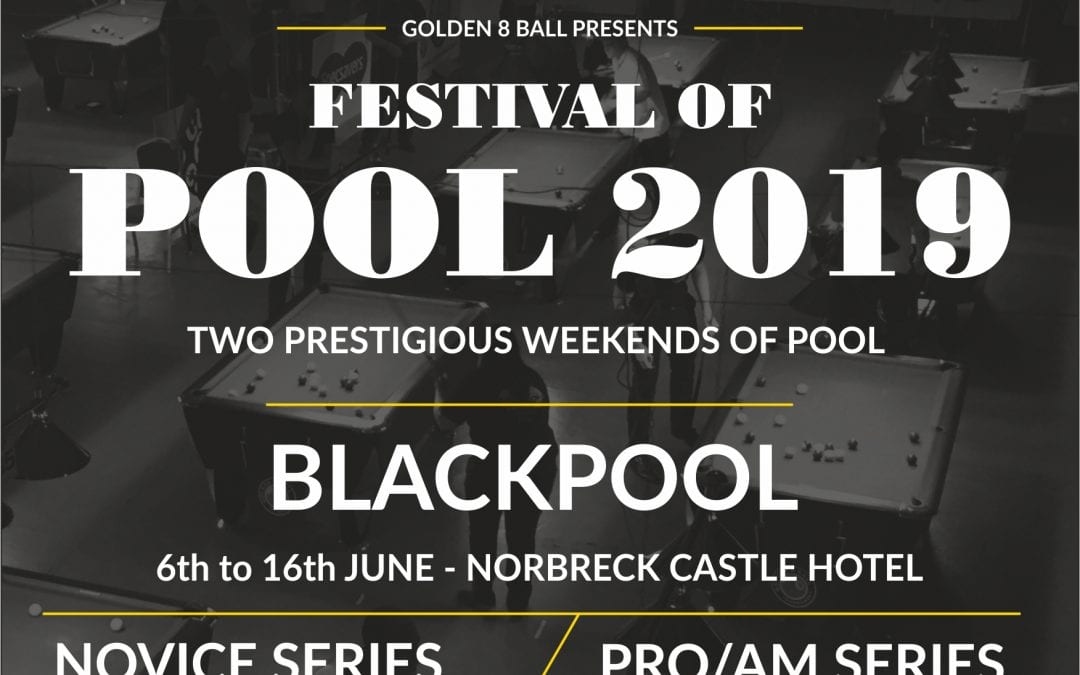 We are excited to announce teams can now start registering for the Golden 8 Ball Festival of Pool 2019!

The first weekend (6th to 9th June) will host a refreshed ‘3 Player Amateur Series’, as well as the Special Needs event and Junior trophy. We’ve made some significant changes to the original Amateur Series, to the benefit of the less skilful player. This is part of our drive to encourage more grass root players into the exciting world of weekend pool tournaments, upping their game to the next level. The event has been renamed ‘Novice Amateur Series’, to avoid any confusion with the standard of player we want to participate.

The Novice Amateur prize fund has increased to £13,000, but the biggest prize on offer has been slashed to £450, deterring the better players from entering. By cutting the top prizes, we have been able to create a much bigger spread of prizes, to improve the chances of an average player winning something. A total of 148 individual prizes are up for grabs!

The ‘Special Needs’ event will be back, bigger and stronger after its debut in 2018. We had 12 players attend, all of whom had a superb weekend, with loads of pool. Combined with the ‘Juniors’ event, the Golden 8 Ball fulfils its ethos of pool for all, regardless of age, ability or skill level.

The second weekend (12th to 16th June) will host the formidable ‘4 Player Pro/Am Series’ – still only £125 to enter, with an increased prize fund of £19,400. The additional prize fund is allocated to the runners-up of lower ranking trophies, to help spread the prize money to more teams.

Finally, as a bonus for those staying at the Norbreck, the pool accommodation package rates have not increased, and will remain the same as 2018!

Register quickly, as these events sell out. 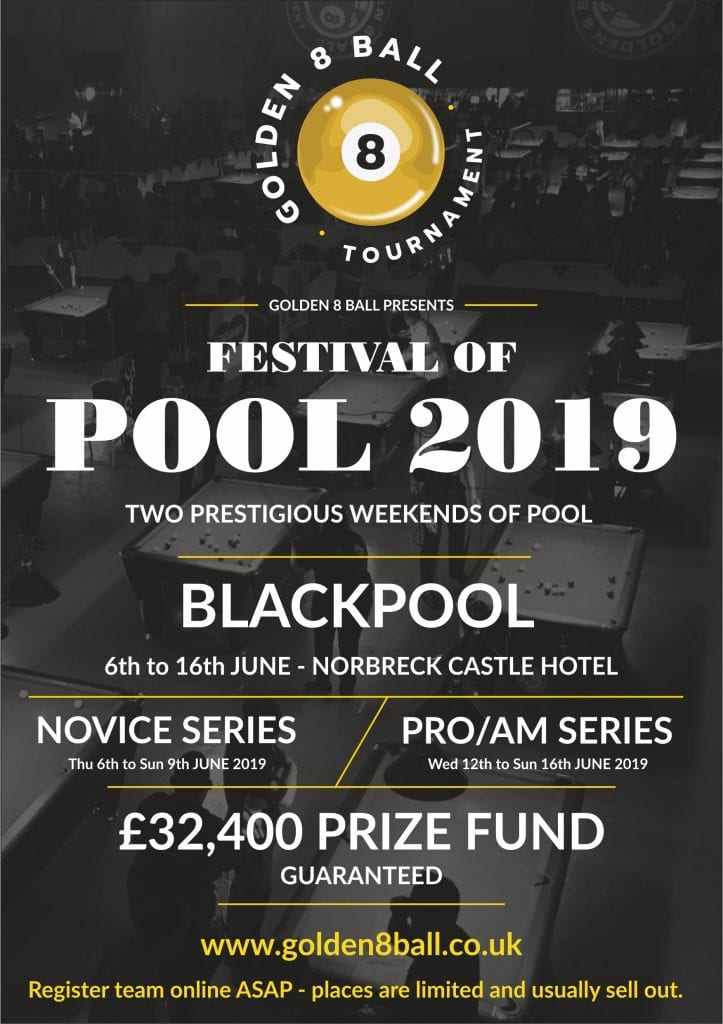